The Newable Party at Parliament

A group of staff enjoyed a tour of the Houses of Parliament on Friday. 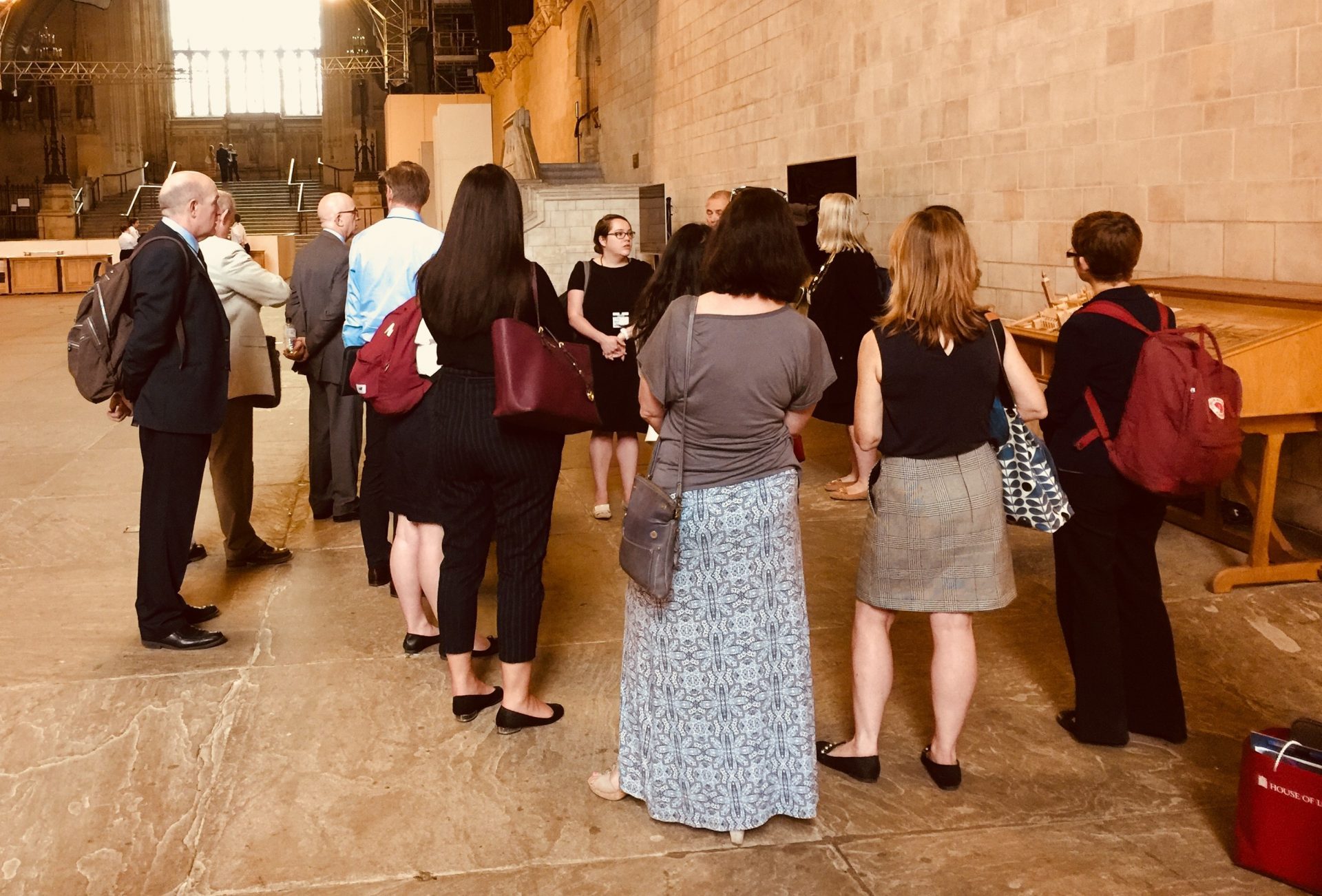 Last year, Newable became members of the Industry and Parliament Trust. The purpose of the Trust is, as the name suggests, to help Industry understand more about Parliament, and for parliamentarians to understand more about industry.  Earlier this year, Chris spoke at an IPT dinner to a group of MPs on the challenges facing small business and the policies that could make a positive difference.

Part of the Trust’s work is running tours and seminars for companies. Last Friday a party of 15 from Newable representing a broad cross section of our buisness visited parliament.

This included a tour of Westminster Hall, the Central Lobby and the House of Commons Chamber. (I particularly enjoyed striking a pose at the Despatch Box. I could get used to that.)

This was followed by a seminar from Paul Grant which covered the work of the Commons and the Lords, the role of Select Commitees, the different types of Parliamentary Questions, how a Bill passes through Parliament and the roles played by Special Advisers (SPADs) and Civil Servants. Paul’s knowledge was encyclopedic but enlivened with some excellent anecdotes and he placed some of “real time” news stories such as furore of Jo Swinson and ‘twinning’ in context.

The session finished with a tour of the House of Lords. We were fortunate enough to witness a bit of the “action” from the public gallery as that House was sitting.

We left with a fascinating insight into the weird and wonderful world that governs us. However, none of us was any the wiser on what is going to happen (or not) with Brexit.

We will be arranging another session for staff in a few months time.