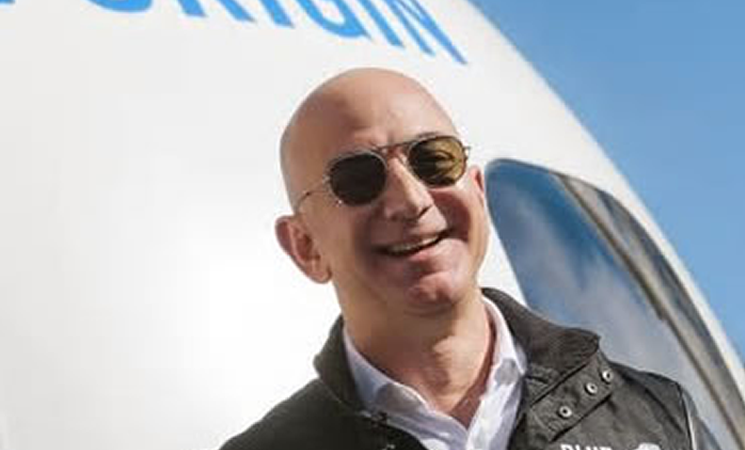 On a muggy summer’s day in London two years ago, the rapper will.i.am, Virgin billionaire Sir Richard Branson and Airbus chief executive Tom Enders gathered in the 200-year-old lecture theatre of the Royal Institution. In this temple to scientific achievement, Michael Faraday first demonstrated electromagnetism, Sir Humphry Davy revealed sodium and Sir Joseph John (JJ) Thomson unveiled a fundamental particle now known as an electron. The choice of the Royal Institution for this odd collection of entertainers and entrepreneurs was deliberate. They were showing their support for another first, an ambitious satellite venture that aims to bridge the digital divide by bringing internet access to the most remote regions of the planet. Early next year, OneWeb, founded by tech entrepreneur Greg Wyler, expects to launch the first 10 satellites in a constellation that will eventually number some 648 spacecraft — set to be the world’s largest satellite constellation if all goes to plan. Despite having no operating satellites, OneWeb has been able to raise more than $1.5bn in the last two years from companies as diverse as SoftBank, the Japanese telecoms group, US chipmaker Qualcomm, the European aerospace group Airbus, Sir Richard Branson’s Virgin and even Coca-Cola. Interest in the commercial opportunities of space is snowballing and, with it, the prospects for start-ups to find financial backers. A recent report from space specialists Bryce Technology predicts that 2017 will be a record year for investment in space start-ups. According to Bryce, total space start-up funding over the past 16 years — including capital raising and debt — comes to $16.6bn globally. If debt financing of $5bn is excluded, two-thirds of investment into space start-ups has been made in the past five years. Elon Musk of Space X speaking during the 67th International Astronautical Congress (IAC) in Guadalajara, Mexico © Susana Gonzalez/Bloomberg Three start-ups have attracted investments of more than $1bn each: OneWeb from SoftBank, Blue Origin from Amazon entrepreneur Jeff Bezos, and Elon Musk’s SpaceX from Google and Fidelity. Average investment is also growing. Bryce estimates that the average seed investment, the earliest stage, rose from $500,000 in 2015 to $1.6m in 2016 if Mr Bezos’s Blue Origin deal is excluded. The number of deals fell but PwC and CBInsights’ joint index shows this to be a trend across the entire venture capital sector in 2016 after activity peaked in 2015. If looked at over the past five years, venture capital investment into space companies has grown from $239.9m in 2000- 5 to $3.8bn in 2012-16.

Mark Boggett, a former analyst and fund manager, is the founder of Seraphim Capital, the first space-dedicated venture fund. London-based Seraphim has just closed its first fund of $90m and made its first two investments.

He says space — which institutions once considered far too risky and expensive except for the big satellite operators — is becoming “a more normal area [in which] to invest. Appetite across the board from investors continues to grow”.

Investor interest is being driven by a recognition that the costs of going into space are falling. The arrival of entrants such as SpaceX into a market once dominated by entities with a strong hold on access to government-backed launches is forcing down launch costs by as much as 75 per cent.

Seraphim last month launched a quarterly index to track global investment in segments of the space sector — ranging from build-and-launch and satellite operation to data collection, return and analysis. This “barometer” found that while investors in the US put more funding into the higher risk areas — launch services and constellation development and operation — investors outside the US, notably Europe, were keener on backing companies that make the hardware.

“With this index, we can really find out what is driving growth,” Mr Boggett says. “We can start drawing out information at every stage of the [space] lifecycle.”

The index also emphasises the scale of US investment and the risk that may be faced by countries that are keen to see their own companies grow but which face a dearth of domestic funding.

“At virtually every stage of the fundraising cycle the US typically invests twice as much as non-US investors,” says Mr Boggett. “We are hoping that over time we will see significantly more European investors coming into the space technology market so home-grown companies . . . are not forced to move out to the US to build their businesses.”