The Government has promised to announce a series of measures in the upcoming budget to tackle the shortage of investment, known as 'patient capital', in the UK's innovative companies. 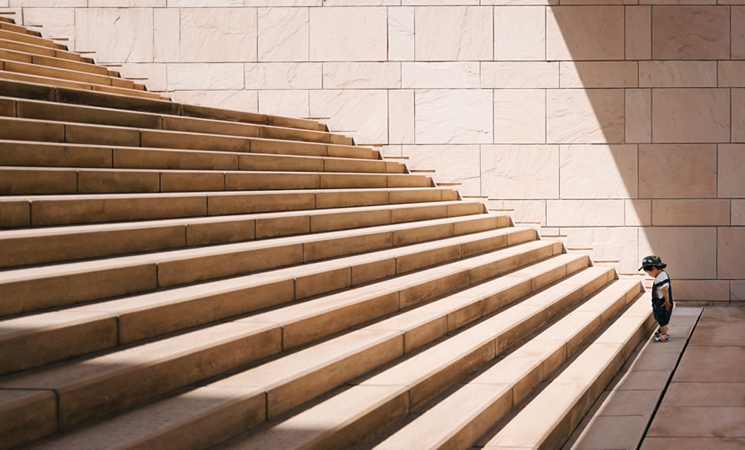 However, one measure, seemingly above all others, is attracting attention. Chris Manson argues the case for the Enterprise Investment Scheme (EIS).

The old adage has it that investors must speculate to accumulate. However, the reality is that most private and institutional investors take a largely similar, and very conservative, approach to their speculation. No one likes ‘losing their shirt’. Most require an expectation that their investment will exit within a realistic timeframe. Many also require a reasonable amount of liquidity, so they can react to events and exit their investment at a time of their choosing. At the margins, depending on both appetite and investment strategy, speculators will accept higher levels of investment risk, for the potential of higher returns.  Investment capital, therefore, is not naturally ‘patient’.

These facts work against the financing needs of innovative firms operating in sectors like Med Tech, AI, Space etc; industries emerging from what is called the 4th Industrial Revolution. Google has coined a collective noun for such enterprises: “moonshots”. Whilst this might be over-egging it slightly, it is true that many of these businesses, although working with proven science, are also working on the often unproven commercialization of that science. Consequently, they are long term, capital intensive and largely uncertain activities.

One of Google’s most famous ‘moonshots’ is the autonomous, self-driving vehicle project. This is becoming more real every day and is set to revolutionise the industry. Whilst entrepreneurs dream of delivering and benefiting from such groundbreaking innovation, so the government has a significant interest in its promotion. These are the industries for the future; the industries with the potential to scale to create jobs and wealth up and down the country.

The problem is that most moonshots fail.  That is why they are called moonshots. Even those that succeed take an inordinate amount of time to come to fruition. After all, it takes a long time to get to the moon. In addition, getting to the moon is very expensive, which means companies need to generate a lot more revenue in order to reach profitability. As a result, most rational private and institutional investors steer well clear of moonshots. The issue then is how to nurture these ideas at an early stage.

To address the issue of financing growth in innovative firms – the so-called Patient Capital gap – the Government undertook a consultation exercise recently. Newable engaged in this process seriously and deeply. Newable’s response collated the real world experience of our professional teams working in equity, debt and innovation consultancy. The response (the full document can be viewed here) argues that innovative firms require a number of different financial instruments across their evolutionary journey including grants, seed investment, scale up funds and so on. However, most of the ‘mood music’ generated by the consultation has focused on the Enterprise Investment Scheme.

The EIS was introduced in 1994.  In 2012, a sister scheme Seed Enterprise Investment Scheme was launched. The schemes are designed against two key concepts: firstly, to limit an investor’s downside by offsetting investment losses through tax reliefs, and secondly, to reward an investor’s patience by boosting investor returns via generous tax breaks on the sale of the shareholding.

Investing in early stage companies remains a risky activity. It is not for the faint hearted, nor for the financially unsophisticated, but the scheme measures are both necessary and essential to attract investors. In their absence, the investment case falls apart.

By any calculation, EIS has been and is hugely successful. Since the Enterprise Investment Scheme (EIS) launched in 1993-94, over 24,500 individual companies have received investment through the scheme and over £14.0 billion has been raised.  In the last year for which information is available, £1.6bn of EIS qualifying investments were made in the UK. This sum amounts to more than the rest of the EU combined. Having said that, the UK lags way behind the US, which enjoys equivalent investments totalling £24bn into 73,400 companies in a single year.

Much of the current discussion is focused on whether the benefits that accrue to investors are fair and equitable. It is, however, equally important not to ignore the companies into which the investment is made. By way of example, Newable Private Investing’s EIS Fund has been a long-term investor in The Electrospinning Company, based at the Rutherford Appleton Laboratory in Harwell, Oxford.  The company creates clinical-grade electrospun biomaterials for the medical device industry. Electrospun nanofibre membranes are created from a wide variety of natural and synthetic polymers and are used to create ‘scaffolds’ that help the body repair by regenerating its own tissues. Electrospinning has potential for tendon, soft tissue, eye and dental treatment. This is complex, early stage but exciting work. Important too, with a clear and demonstrable benefit that improves the human condition. The Electrospinning Company is generating revenue, but it is in business because of equity funding it has received. In turn, the catalyst for that equity investment has been SEIS and EIS. The Electrospinning Company is just one of hundreds of high tech business Newable Private Investing sees every year that are proof positive that SEIS and EIS is working.

What’s the problem, then?

The issue is that the SEIS and EIS vehicles are being been used by wealth advisors to promote lower risk investments that have capital preservation-focused goals. To provide just one current example, it is possible to invest in a company rolling out a number of franchises of a globally known US coffee shop chain and claim EIS benefits. This is not to decry this activity; after all Newable is a champion of growth. The point is that the investment parameters of such a proposition are easy for investors to evaluate. There are many comparable, established business models to analyse. The time to profitability should be relatively short term and with competent management at the helm, returns are relatively certain. This proposition and many others like it should be able to secure the investment they need without the need of tax incentives. This use of EIS and SEIS is not in the original spirit of the programmes. It deprives HM Treasury of tax revenues and it acts as a disincentive for investors to support genuinely high risk, innovative businesses.

This problem is eminently fixable. A bigger problem wil be created should the Government attempt to deal with this matter in the wrong way. This was the subject of my recent letter to The Sunday Times. It is fair to say that Newable is not a lone voice in this regard. Two weeks later, The Sunday Times also published this open letter from other business leaders.

Newable is urging the Government to adopt a proportionate approach  to any changes to SEIS and EIS arrangements. We do think it is right and proper to adjust the qualifying criteria for investments to better align with the original objective of supporting early stage innovative businesses advancing tech IP. It is reasonable to exclude lifestyle businesses, those that support a capital preservation goal and those businesses that would, most likely, secure investment without the tax advantages being a key catalyst.

At the same time, the Government has an opportunity to stimulate additional early stage investment into the UK’s cohort of innovative firms. This would keep us ahead of key European competitors and start to move the UK towards the position enjoyed by US firms. The technology landscape has changed markedly since 2012 when SEIS was introduced. We therefore recommend that the company limit of SEIS investment be raised from the current £150,000 to £250,000, a funding level that is much more practical to tech businesses. In a quid pro quo for directing all EIS investment into high-risk companies, we recommend the Government increase the tax relief from the current 30% to 40%. This would help ensure that investors continue to make EIS investments, rather than withdraw entirely.

Such measures would be entirely consistent with the direction of travel outlined in the Government’s Industrial Strategy Green Paper and make an important contribution to addressing the patient capital gap that the recent consultation was designed to tackle.

We await the Budget with interest.